Home » Blog » Uncategorized » My Vocation Story: A Story of Twists and Turns 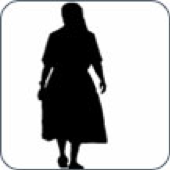 In celebration of the Feast of the Immaculate Conception.

It has been almost 22 years since I became a Daughter of Charity of St. Vincent de Paul. However, it took 14 years before I responded to this call.

Here is a short version of my vocation story:

In the early 1980s, I was living in Vietnam. The Communist government was very strict with the Catholic Church and restricted young people from joining any religious order.

However, when I was in seventh grade, I followed one of my friends to a period of vocation discernment with the Salesian Sisters. I lived “underground” with them for one summer break and didn’t come back after that year. I was too young at the time and wasn’t ready for it.

Three years later, I discerned with the Franciscan Sisters and, after two years of discernment, decided to join them. However, it didn’t work out as my immigration application to the United States was in process. Sisters recommended that I join the Franciscan order when I came to the U.S. At the time, I didn’t know it would be seven years before I could come to America!

After three years of living in my new country, my life was mostly settled with work and study. However, the call of a consecrated life had constantly stirred up in my heart. I felt an urge to respond to it. I bargained with God that this was the LAST CHANCE. Whether He called me or not, this would be my last response to a religious vocation.

When I reflect on my faith journey, I realize that God is always faithful and patient in waiting for my response. My vocation’s path was not straight and clear as others’ may be. It took a few twists and turns to get here. With God’s grace, I responded and the same grace has carried me on to this day. I’m grateful for my vocation to the Daughters of Charity and have no doubt that God knows what to do with my life. My part is to be faithful with my YES each and every day. Like Mary, I offer my YES, my FIAT, and pray to be the best Daughter I can be…all with God’s grace, love, and continued support!