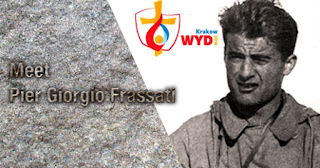 On July 4, we celebrate the feast day of one of our official patrons for World Youth Day in 2013 in Rio. A pipe-smoking mountaineer, Blessed Pier Giorgio Frassati was an active member of the St. Vincent de Paul Society.

In this video, noted media person Father Barron tells of his first encounter with the life of Pier Giorgio Frassati and what he learned about his desire to climb the heights by serving the lowly.

Blessed Pier Giorgio Frassati was a vibrant young outdoorsman who combined a deep love for Christ, a desire to serve the needy, and a mission to imbue society and politics with Christian ideals. He died after an acute attack of poliomyelitis on July 4, 1925 at the age of 24. In his short life, he touched the lives of so many people through his volunteer work with St. Vincent de Paul.

A Saint on Skis 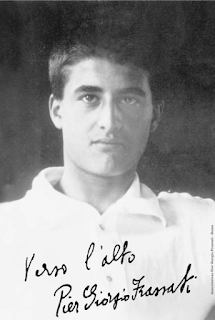 When the covering was removed from the image of Pier Giorgio Frassati draped on the facade of St. Peter’s Basilica in Rome as he was newly proclaimed Blessed by Pope John Paul II on May 20, 1990, what became visible to those present was not the classic portrait of a saint. Surprisingly, it was the photo of a strong, young man wearing the gear of a mountain climber, leaning on a long ice-axe with one foot sturdily on a rock.

A month before his death, Pier Giorgio Frassati and some of his friends had been climbing in the Val di Lanzo where some difficult points had to be overcome by climbing or by using a double rope. On the photo, which shoes him holding onto the rock hazing up toward his goal, he later wrote the words, “Verso l’altio” (in English: “toward the top”). It was a short phrase which was the synthesis of his way of life–always seeking what enhances, that which carries us beyond ourselves, toward the best we can be as people, toward the best of ourselves. It is to strive toward perfection of life, toward sainthood. It means to strive toward the source of life: God.

The mountains were Pier Giorgio’s favorite place. He wrote to a friend: “With every passing day, I fall madly in love with the mountains; their fascination attracts me.” From his youth, he was accustomed to climbing the highest peaks. He was a member of the Italian Alpine Club and climbed the Gran Tournalin (3379 m), the Grivola in the Val d’Aosta (3969m), Mon Viso (3841m), the Ciamarella (3676m), the Bessanese (3532m), and a large number of lower mountain peaks. He also lived through some critical situations such as a sleepless night spent in a hole dug in the snow and a descent in a snow storm. For him, the mountains represented the pleasure of testing his athletic body, filling his lungs before the strain of a skiing competition or a difficult climb. He experienced the spirit of emulation always tinged with contagious joy. 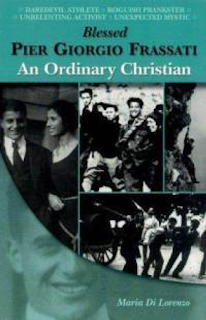 The Joy of Friendship

The mountains, for him, also meant the joy shared with his companions, whether that be his dearest friends or perhaps more improvised compassion for whom he expressed his kindheartedness and generosity. He took upon himself the burden of those who are a bit slower or tired. At times, he would say his foot hurt and he needed to stop and rest so as not to humiliate those who really needed to do so. Or, he would go back and forth between the mountains and the plain in order to lighten the backpacks of those who were a little weaker. He did all of this with a good spirit that nothing could destroy, not even fatigue. With a rather off key voice, he would start singing for the group or, in the silence of the camp, he would invite everyone to pray before going to sleep.

Everyone can draw inspiration from the way Pier Giorgio Frassati lived. The mountains, his mountains, can be a school, a temple, a gym to help each of us strive ever always to the top.

Verso en alto – to the heights. 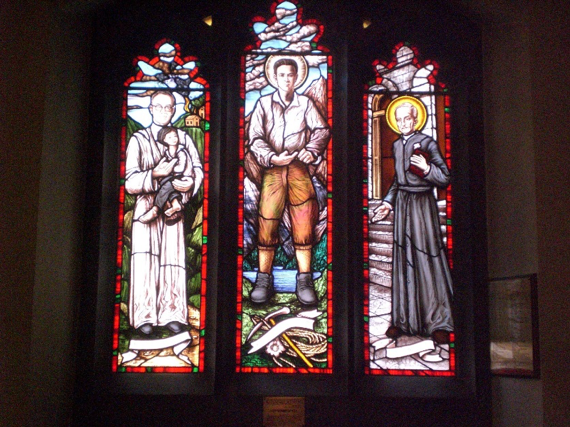