When I found myself alone to write a blog for the Feast of St. Vincent, I began to ponder what I can say that hasn’t already been said about this great saint of our Church. So, I decided to tell my personal experiences with him. 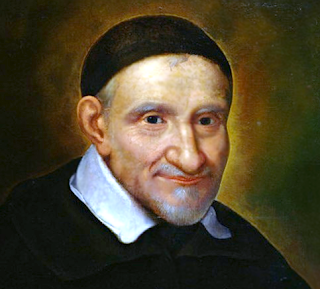 My first encounter with Vincent was in my dreams when I was studying in Paris. I was sure I would never forget his expression. As time went on, I found myself far in the mountains of Tabriz in Iran. At a distance, I could distinguish Mount Ararat as a shadow; the mount is accepted in Christianity as the resting place of Noah’s ark in Armenia.
There I was, in a village of lepers, caring for the wounds of the poor and those rejected from society. Occasionally, I found a way to get to Tabriz to buy some necessities from the Bazaar (market). Among the crowd, I met a Daughter of Charity from France. I had never seen a Daughter of Charity before that! After a brief conversation, Sister Pouillard invited me for a tea in their college.
The college was an oasis amid the heat of the summer months. When I arrived, Sister Pouillard greeted me in the parlor of the community house. As I entered, I saw a portrait of an old man. It struck me that this was the one I saw in my dreams some years before. Sister Pouillard explained that he was St. Vincent de Paul, the founder of her community. I couldn’t believe it!
Today, as a Daughter of Charity myself, Vincent shows me a way of love, a way to God, and a way of living in the world. Our Vincentian charism is centered on an encounter with the poor Christ who is present among those who are most in need, most vulnerable, and live on the peripheries waiting for us to respond. On February 13, 1646, Vincent told our first sisters, “in serving the poor, you serve Jesus Christ. O my Daughters, how true that is! You serve Christ in the persons of the poor. That is as true as the fact that we are here.”
Indeed, our charism is rooted in our world today, among the most marginalized and the “least” in society.
Pope Francis recently issues a message for the 105 World Day of Migrants and Refugees. The message is beautiful. “It is not just about migrants.”
In closing my eyes, I can hear the voice of Vincent, “Welcome, protect, promote, and integrate… Migrants, refugees, displaced persons, and victims of trafficking have become emblems of exclusion… It’s not just about them, but about all of us. It’s about the present and the future of the human family… Through them, the Lord invites us to embrace our Christian life and to contribute, each according to his or her vocation, to the building up of a world that is more and more in accord with God’s plan.”
Written by Sister Michelle Loisel, D.C. 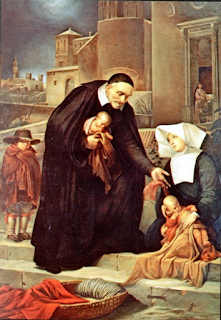 St. Vincent de Paul, co-founder of the Daughters of Charity, was a man of many talents. Talents which have been emulated throughout the past four centuries by organizations around the world. Many of these groups attach Vincent’s name to their programs for impoverished people and his name has become a symbol of charitable service and ingenuity.

Among his many talents, Vincent was able to draw other people into sharing whatever gifts they had to facilitate programs which assisted desperate populations. Rich ladies gathered up and cared for abandoned infants. Government officials provided access to helping prisoners. Wealthy patrons provided the money to support country ministries and poor country girls served those who were homeless and sick in the city. There was always a balance of Vincent’s audacious creativity and the resources he made available through people invited to help make those ideas a reality. 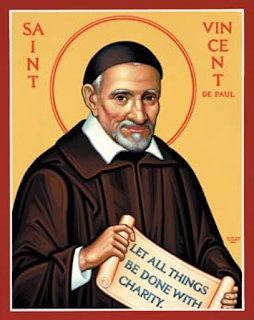 The sisters continue to do the direct service so dear to our hearts. However, we also follow Vincent’s lead and continually invite others to help make that service possible. Little can be done without the resources, skills, influence, and collaboration that results in both effective service for the immediate problem and the systemic change that prevents or reduces the problem in the future. This “now and later” approach was Vincent’s and is now ours. It means, for example, that programs do not just feed the hungry, but offer education or job preparation. It means not only respect for the dignity of each person, but also advocacy for equality in our laws.

We serve under the banner of St. Vincent de Paul because his example of organized service systems is as important and effective today as it was in 17th century France.