Home » Blog » Uncategorized » Justin de Jacobis: “I Hand you the Key to My Heart” 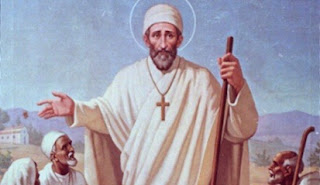 On one occasion, Father Robert Maloney, CM, former Superior General of the Daughters of Charity and the Congregation of the Mission, said, “If I had to pick a single Daughter of Charity to present to the sisters as a model, it would be Rosalie Rendu (1786 – 1856). If I had to pick a single Priest of the Mission to present to the confreres, it would be Justin de Jacobis (1800 – 1860).”

His choice of Sister Rosalie is interesting, but not surprising. Whether she was praised or criticized, she always responded in the same way, “I am a Daughter of Charity and only that.” And it is as a Daughter of Charity that she is known, loved, and imitated across the Vincentian Family. 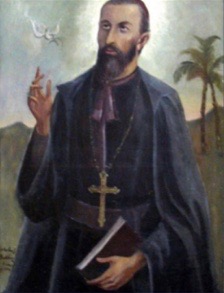 The choice of Justin, however, is a bit puzzling. What does a nineteenth century Italian Vincentian who spent the last 20 years of his life in Ethiopia have to say to Vincentians today who are so far removed from Justin’s life experiences? Another remark by Father Maloney sheds some light on his selection. He explains that an Ethiopian seminarian had told him that, for the first 15 years of his Vincentian formation, he had believed that Justin was Ethiopian. It was only at the university that he discovered that “our Saint” was Italian.

How had this happened? For this young man, it was simple. Justin had become “one of us.” Before embarking for Ethiopia, Justin was determined not to repeat the mistakes of his predecessors. For over a century, brave, dedicated European missionaries had gone to Ethiopia and other mission countries throughout Africa and Asia to bring the Gospel. Many of them had died for their efforts. But overall, they failed. Why? Experience showed that it was because they had brought with them, along with the truths of the Catholic faith, the language and culture of their country’s origin.

After much prayer, Justin decided to take another approach to win the hearts of the Ethiopian people. A century prior to Vatican II, he adopted the tenets of enculturation and embraced the traditions and culture of the people. He dressed as an Ethiopian monk. He learned the three languages of the country. He ate Ethiopian food. He moved around the country on foot, staying with people, praying with them and transmitting to them his profound love and respect for them and their positive values. His simple dwelling was open to all who came: Coptic clergy, the sick, those in need. He succeeded in winning many followers. To ensure that the church that had blossomed on Ethiopian soil would continue to flourish, he worked for the formation and ordination of local clergy. 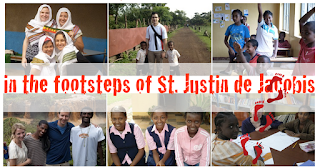 Justin is one of the lesser known Vincentian saints, but he deserves more. He is a challenge to the entire Vincentian family to so act that those we serve will be able to say of each of us he/she is “one of us” whoever and wherever they are.