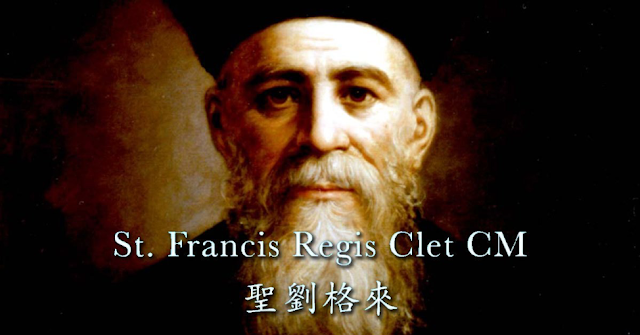 St. Francis Regis Clet, who died a martyr in China in 1971, has an interesting vocation story. He became a Vincentian priest with the hope of going to China as a missionary. God had other plans. Clet’s first assignment was as a college professor. At age 40, he became the Director of Novices for the community – a long cry from a missionary. He seemed doomed to spend his life in the academic world, but God heard his prayers.

Another Vincentian, who was assigned to go to China, had to back out shortly before the ship was ready to sail. To fill his place, Superiors turned to Fr. Clet and, with very little preparation, he boarded the ship and was off to China.

Age 43 is not the optimum time to begin learning Chinese, but his heart was in it as well as his zeal to bring the message of Christ to the Chinese people. His command of the Chinese language never did become very good, but his holiness touched the hearts of the people as he worked diligently to cover the 270,000 square miles of his immense parish.

After 28 years of exhausting labor of Christ in the midst of unbelievable privations and sacrifices, he was betrayed by a “friend” and handed over to the government, which was hunting down priests. He endured indescribable tortures and was finally hung on a cross and strangled. His feast day is celebrated on July 9.