Thanksgiving is a day of celebration that is traced as far back as 1610 to Virginia when it was chartered “that the day their ships arrived shall be yearly and perpetually kept holy as a day of thanksgiving to Almighty God.” 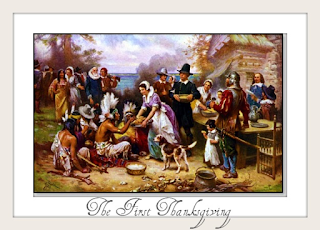 Later, in 1621, the settlers held a harvest feast after a successful growing season at the Plymouth Plantation. Squanto, a Patuxent Native American, was kidnapped by the English and brought to England where he learned English. After escaping, he returned to America to find his tribe had been massacred. He lived with the Wampanoag tribe and taught the pilgrims how to catch eel and to grow corn. His tribal chief had given food to the colonists during the first winter when supplies brought from England were insufficient. They celebrated at Plymouth for three days after their first harvest. Those present included 50 individuals who were on the Mayflower and 90 Native Americans. Together, they expressed their gratitude to God for His bountiful blessings on them.

Abraham Lincoln proclaimed a national Thanksgiving in 1863. However, it wasn’t until the 1870s, after the Reconstruction was completed after the Civil War, that there was a nationwide Thanksgiving date.

Today, Thanksgiving is the day when:

The tradition of giving thanks is continued in many forms. Churches offer worship services and events on Thanksgiving themes during this week. Families begin the Thanksgiving dinner by saying a prayer before and/or after the meal. Before praying, it is common for each person to tell one specific reason for which he/she is thankful to God. Many families hold hands until the prayer concludes.
Not too long ago, I remember Oprah Winfrey encouraging people to reflect at the end of their day on something for which they are thankful, not just on Thanksgiving. Among religious, this is our daily general examen during evening prayer. Where did I see God in my life today? How did I respond? For what am I grateful? For what am I sorry?
In today’s world, there seems to be so much violence that it’s easy to miss the goodness around us. Even the major news networks, after showing the problems in our world, end their programs with an uplifting story.
I currently live on the Navajo Reservation. Since being here, I have come to know the Hopi as well and am struck by their gratitude. Here are a few examples.
Another experience occurred when I was on the Southside of Chicago in and African-American parish. One of my responsibilities was to visit the elderly. Every single individual had what they called a “prayer chair.” It was well-worn and always near a window so they could keep an eye on the neighborhood. Next to the arm of the chair, they kept a prayer book with holy cards, favorite sayings, and a Bible. Every morning when they opened their eyes, they would thank God for giving them another day. After breakfast, they would sit in their chair and pray for their family, their church, their pastor, their friends, our country, and the world. I loved visiting them! Because they were at their windows, they were my guardian angles, watching over and protecting me.
Our parish was the second oldest African-American parish in Chicago. These elders had lived through times of hate and prejudice in our country and in our Church. They could have been bitter old people, yet their hearts were full of praise, gratitude, and thankfulness for the blessings God had given them. Our mass on Sundays would last a minimum of an hour and a half. A big celebration could last three hours. Crime was spreading in the neighborhoods, as well as poverty and gangs. Our church was a haven in the midst of it all! 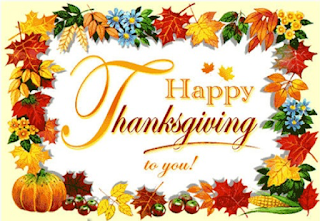 Thanksgiving Day began many years ago with our Native Americans and pilgrims sharing a meal and thanking God for a bountiful harvest. Despite the stream of bad news that can inundate our lives, let us use this time of year to recall the ways our God has been with us. Let us celebrate the companionship God has given us in the twists and turns of our daily lives. May we take time to recall those experiences that call us to gratitude and wonder.
May we never forget the Generous One who loves us unconditionally and be thankful!
Written by Sister Mary Rogers, D.C.