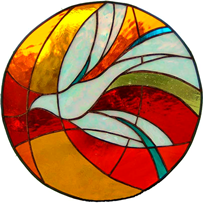 I can’t remember when exactly my deep love for God as Trinity began. Most of us go through different stages as to how we relate to God. Mine from passed God as Father to God as Jesus to God as Holy Spirit. But several years ago, an idea of how wonderful it would be to relate to a God who is a Trinity of Love–all three persons–took root in me. Thinking of God as Trinity meant that I could never think of God as being alone. God is a relationship of three who love each other and communicate that love everywhere, so much so that creation continues and is never ending, just like love itself! I am so caught up in this relationship with Trinity as is all of creation!!!

About the time that I had this idea, I read the novel, The Shack, which further piqued my interest. Then, the movie was released and I made it a priority to see it. I was not disappointed! Most recently, I have read (and am already re-reading) The Divine Dance: The Trinity and Your Transformation by Richard Rohr and Mike Morrell. Fittingly enough, William Paul Young, author of The Shack, wrote the forward to the Divine Dance. Since seeing and reading The Divine Dance, I now think of my relationship with God as being a relationship of movement, a relationship of giving and receiving love. It is a dance that pulls me in and sends me out to continue the relational connection with all those I meet. 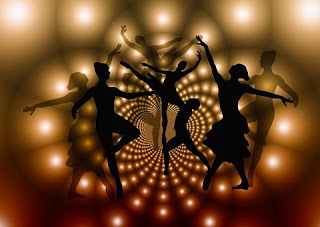 One of the ways of trying to live out the relation of the Trinity to everyday life is what is called the law of threes. This law, as described by Father Richard Rohr and Cynthia Bourgeault (episcopal minister and writer), is built on being open to seeing a third option in situations of polarized opinions: my way, their way, and a third way which is likely different from either of the other two views. By being open to the possibility of a third way, prejudgements, adversarial feelings, and discussions may take on a more creative and relationship-building opportunity.

In my daily life, I want to move from an either/or mentality to one of reconciling opposites, a way of bringing love and compassion into situations that could be confrontational. This, of course, is an aspiration and not as close to a lived reality as I would like. But, my love for God as Trinity inspires me to keep trying to bring this movement of a dance rather than a stand-off in tense situations.