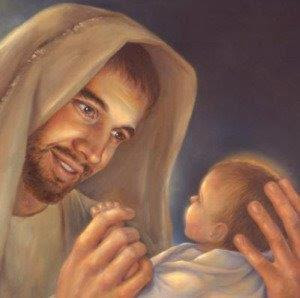 Just who is this St. Joseph about whom we hear so much but read so little in the Gospels? In Gospels, all we really learn about him is:

From these four facts, we may be able to draw more information. Let’s take what we know, imagine them as paintbrushes, and create a fuller picture of Joseph–the man, the saint, and the foster father of Jesus.
Joseph and Mary were promised to one another. They were engaged but not married when Mary learned that she was pregnant. Joseph knew he was not the father of this child, but he did deeply love and respect Mary. In that day, Mary could have been cast out and/or stoned to death for having a child outside of marriage. Joseph did not want that to happen. In the midst of his turmoil, Joseph had a powerful dream in which an angel appeared to him, telling him that he should have no fears about taking Mary as his wife. The angel told him that the child she carried had been conceived by the Holy Spirit and would save his people from their sins. Joseph–proving to be a man of deep faith, strong character, and great integrity–took Mary into his home as his wife and cared for her.
Joseph continues the trend of watching over and caring for Mary on their long journey to Bethlehem. It was here that Mary’s child, Jesus, was born and that Joseph receives another important message in his dreams. This time, from God, telling him that King Herod wanted to kill his child because he feared the child would take away his power as king. Without questioning this message, Joseph immediately responded by moving with Mary and Jesus all the way to Egypt. The little family settled in this foreign land, trusting that God, who had led them all along, would continue to give them the signs and inspiration needed to do His will.
From these instances, we learn that Joseph always kept his heart open to hear what God was asking of him. He see this again when God speaks to him again through a dream. This time, God tells Joseph that Herod is now dead and it is time to take the family back to their home country. Again without hesitation, Joseph does so and they settle in the little town of Nazareth. Here, Joseph continued to support, protect, and care for his family through his carpentry trade–which he shared with Jesus as he grew up. 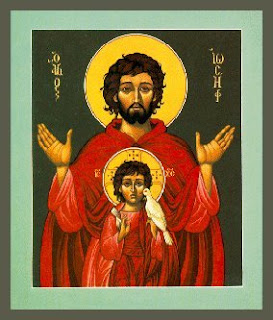 It is this fuller picture of St. Joseph that allows us to understand why he has become a model for us in so many ways. He is a model of:
So, just who is this St. Joseph? He was a man chosen by God to be the husband, best friend, protector, support, and confidant of the woman chosen to carry and give birth to Jesus Christ. He was chosen to be the earthly father figure of the Son of God and the Savior of the World.
St. Joseph has always been a strong patron of the Daughters of Charity and the entire Vincentian family. St. Elizabeth Ann Seton named her “beloved valley” St. Joseph’s Valley and her very first sisters were called the Sisters of Charity of St. Joseph. He is the patron of vocations to our “little company.” St. Joseph, pray for us.
Written by Sister Mary Louise Zellers, D.C.